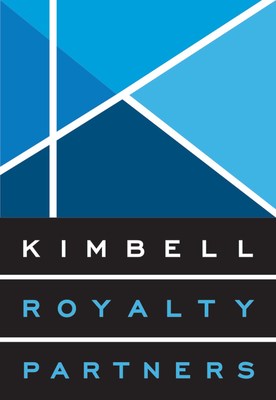 Davis Ravnaas, President and Chief Financial Officer of the Company's general partner, said, "We are pleased with the increase of the borrowing base and total commitments under our revolving credit facility, which enhances our flexibility and liquidity. We are also appreciative of the continued support from the eight banks in our credit facility syndicate. We view these banks as our long-term partners and believe they have played a key role in facilitating our substantial growth over the last year."

Kimbell (NYSE: KRP) is an oil and gas mineral and royalty limited partnership based in Fort Worth, Texas. Kimbell is managed by its general partner, Kimbell Royalty GP, LLC.  Kimbell owns mineral and royalty interests in approximately 13 million gross acres in 28 states and in every major onshore basin in the continental United States, including ownership in more than 92,000 gross producing wells with over 40,000 wells in the Permian Basin. To learn more, visit http://www.kimbellrp.com.